After a wonderful Easter holiday we are glad to be back interviewing our favorite authors. Today, learn a little more about Joe Gazzam, author of UNCAGED, a page-turning thriller.

Jason Holden has been on thin ice since his mother died. Capping off a burglary and bar fight with a brutal car wreck, the seventeen year old finds himself firmly on the wrong side of the law.

His behavior isn’t winning him any points with his father, who happens to be the state governor. So when Governor Holden learns of a program for troubled youth, he jumps at the chance to deal with Jason’s outbursts while cementing his position for being tough on crime.

The program is a radical exercise designed to frighten teens from a life of crime. It’s called “Scared Straight,” and takes them into the heart of Blackenbush Maximum Security Penitentiary.

Jason, along with a group of hardened juvenile delinquents, quickly comes face to face with some of the most extreme convicts the state has ever seen. But what’s designed as an exercise becomes all too real as a prisoner take-over comes to fruition. Before long the entire penitentiary is under siege, surrounded by feds and overrun with violent lifers loose from their cells.

Jason, trapped in the middle of in the chaos, will have to trust in the most unlikely person— Karl Rix, a convict with his own body count. Between them, they just might find a way to save their skin and even a bit of redemption. But at what cost?

1. Hi Joe! Tell us a little bit about yourself!

I was born in Baltimore, MD, grew up in Fort Lauderdale, FL and graduated from the University of Florida. Soon after college, I moved to Los Angeles with one script under my arm, never having been to California in my life and literally knowing no one. Since then, due to good luck and the support of friends and family, I’ve been a working screenwriter (Cliffhanger, 21 Jump Street, Barbarella, Step Up: Revolution, Anubis Tapestry) for 10 years. I currently live in Southern California with my wife and son.

2. How did you find the inspiration for UNCAGED?

The story came out of my own, unmitigated fear of prison. Prison and sharks pretty much scare the crap out of me. The prison part stemmed from an old documentary I watched when I was probably way too young to watch it. My dad had it on an old videotape; it was called “Scared Straight.”

Named, obviously, after the program (the same program in my fictional book). It was this program for repeat juvie offenders -- kids they couldn’t get to stop committing crimes. They’d put them in a real jail for a day and these real convicts would explain (in the most terrifying manner ever) what life would be like in prison if they ended up there.

It honestly gave me some of my worst nightmares growing up. And that seed just stuck in my head. So when I decided I wanted to do a thriller – it was already there.

In the documentary, as scary as it was, those convicts were all volunteers. Guys who had a new attitude and wanted to help reform these kids. So there was always an imaginary line you knew they couldn’t cross. No matter how much they threatened these kids, you knew they weren’t really going to hurt them.

But, in my head, it was always – what if that imaginary line was gone. What would it be like to be one of those kids in the most terrifying place on the planet with some of the most dangerous people on the planet? And the writing pretty much flowed from that.

3. How are you able to write so many different and complex characters?

If I had to guess, maybe it stems from my chaotic childhood. We moved around a lot and my dad had all sorts of crazy friends. I think I was exposed to a lot of things that maybe a kid shouldn’t have been. But hopefully, it’s paying dividends now.

4. Do you feel that having a background in screenwriting helped you write your novel? How is screenwriting different from novel writing for you?

My work falls into two categories: novels and screenplays. But yet, the content is pretty similar. I gravitate toward grounded, action/thriller stories.

I have a hard time reading books that take a long time to get going or spend inordinate amounts of time describing non-essential stuff. If you take five pages to describe how sunlight hits off a tin can, I’m probably not going to keep reading.

With screenwriting you ALWAYS have to be moving the plot. In fact, if you have a scene that doesn’t forward the plot in some way – you better delete it. It’s very much about character, mood and such, but you better keep it moving. So I try and keep that in mind when I write novels.

5. Do you have a writing routine that you stick to? How do you stay focused on this routine?

Yes. I pretty much work banker’s hours – 9-5. I get my son ready to go to school, then head out to my office. And I always try and finish before he gets home at around 5:30.

6. How did you get started in writing? Did you start with screenwriting and then start novel writing, or was it the other way around?

I actually wrote a novel first. It was just a sort of “do you love writing as much as you think you do” kinda project. And I did love it, but as I was always a movie freak, I tried to write a screenplay next -- and also loved that. Screenwriting seemed a more viable endeavor at the time, so I literally packed everything I owned, drove out to California with one script under my arm.

7. Did writing Uncaged teach you anything about yourself as a person or writer?

To really learn how to flesh out moments. You can get away with shortcuts in screenplays, but not in novels.

8. Did writing a novel instead of a screenplay help you grow as a writer?

Actually, it did. It allowed me the space to go further into my characters and plotting. Which also forced me to think in different ways. It got me out of my box. Which, as I’ve gone back to screenwriting – has really been helpful.

9. What was the biggest road block you came across in your writing and how did you overcome it?

Time management. I wrote this novel at a time when my screenwriting career was very busy and my wife and I had our first child. But it’s something I desperately wanted to do, so I just carved out time whenever I could. I learned to juggle a lot of balls at once.

10. Has your writing changed after becoming a parent? Is it easier/harder? Do you notice changes in your subject matter?

It’s made my writing a little more vulnerable I think. A little more emotional. You drop a lot of walls when you become a parent and I think this has been invaluable to my writing process.

11. Why did you choose to re-release your book? How did working with Acorn help you with this process?

Two reasons: 1) my other publisher went out of business. 2) I never liked the other cover, nor was any push given to the book by the former publisher.

Acorn has been invaluable. They guided me through the entire process, from the cover art to actually making the book available in all formats. They also are a wealth of information on how to market the book as well.

12. How willing were you to go through your first re-launch and cover re-design? Were you willing to change or did you have reservations?

I was ecstatic to change the cover!

13. Did releasing Uncaged the first time feel different from the re-release?

It felt better. Just releasing it in a format and design that I actually loved.

14. What advice would you give other writers of your genera?

Very simple: write, write, and write. And don’t be too hard on yourself in the beginning. Writing is a craft that you get better at with practice!

ENTER HIS GIVEAWAY BY CLICKING HERE!

COVER REVEAL - Uphill and Into the Wind 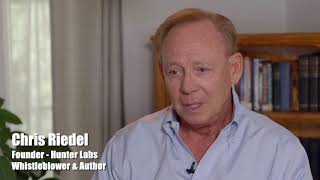